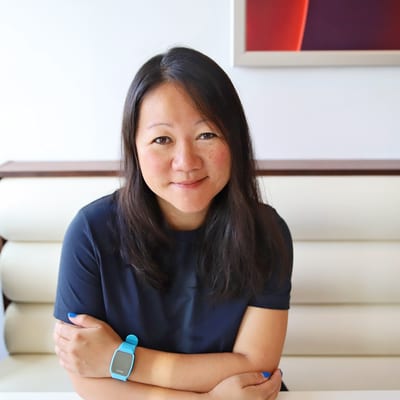 Colleen started Techsixtyfour’s My Gator Watch when her children were 18 months and 4 months old.

My Gator Watch is a mobile phone and GPS/WIFI tracker made initially for children between the ages of 5-11. It does not have access to the Internet, social media, camera or games. The watch is designed to offer peace of mind to parents who have a child too young for a smartphone but old enough to want some independence.

Now, the inspirational mother of two plans to develop the product from a tracker for kids to a wearable mobile device for seniors that can track location and detect falls, to allow the aged population to live independently with confidence.