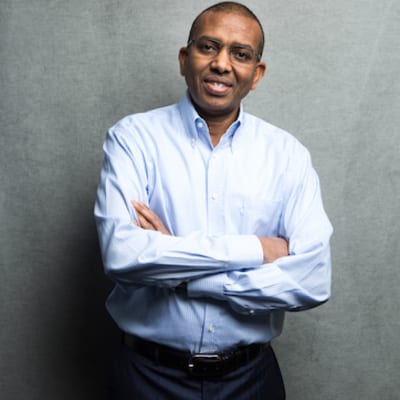 Founder and CEO of WorldRemit

Ismail Ahmed is the Founder and CEO of WorldRemit, the leading digital money transfer company that’s pioneering a mobile approach to sending money around the world. Ismail founded the company in 2010. Since then, it has secured $220 million in funding and has been named the fastest growing technology company in the UK. Serving previously as a compliance advisor to the United Nations, Ismail founded the company on the principles of strong compliance procedures, recognising that the only way to meaningfully reduce the risks in the money transfer industry was to bring the entire process into the digital world. Ismail has been named third most influential black Britons in the UK and won EY Entrepreneur of the Year, London and South. Originally from Somaliland, he has worked with the UN in Nairobi and Dubai. He received a scholarship to attend the University of London and has a business degree from London Business School and a PhD in Economics.