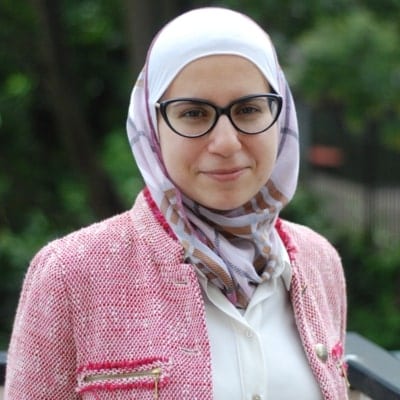 Noor is a biotech entrepreneur. After finishing her computer scientist engineering in Syria, she followed her passion for AI around the world. She was appointed an assistant professorship position at Aalborg University in Copenhagen for her achievements that include co-authoring a book, more than 50 publications, 1700+ citations as well as being the main inventor on a number of patents. She has won a number of awards and grants for her research. Her entrepreneurial journey, which she started in 2017, is driven by her personal experience seeing her mother fighting cancer. Noor’s mission is to cure cancer through novel applications of the most advanced AI technologies.

For her work and achievements both academically and as an entrepreneur, Noor has been recognised as an Innovator under 35 by MIT, and she is named one of BBC 100 women for 2019. She was also awarded the Cogx raising star award by the former British Prime Minister Theresa May. Noor is a believer in the critical role that data and algorithmic innovations play in solving hard, socially impactful challenges especially in healthcare and precision medicines. She spent the majority of her time implementing solutions that make people’s lives healthier and longer.