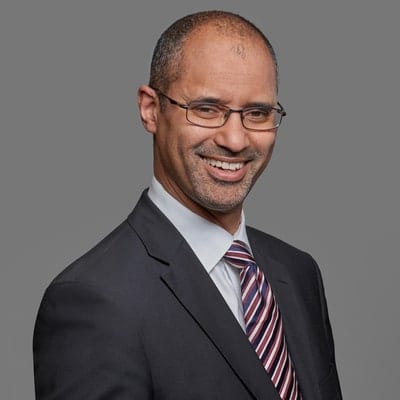 CEO and founder of London based Crossword Cybersecurity Plc

Tom Ilube CBE is CEO and founder of London based Crossword Cybersecurity plc, a Non-Executive Director of the BBC and a member of RBS Technology Advisory Board. Previously he was Managing Director of Consumer Markets at Callcredit Information Group, founder/CEO of Garlik, a venture capital-backed identity protection company, sold to Experian and Chief Information Officer of Egg plc, the pioneering British internet bank. His career has included Goldman Sachs, PwC and the London Stock Exchange. Tom led Crossword in its successful admission to AIM, the growth market operated by the London Stock Exchange in December 2018.

Tom is Chair of the education charity, African Gifted Foundation and launched the African Science Academy, the first girls’ science and technology school on the continent. He is an Advisory Fellow of St Anne’s College, University of Oxford and has been awarded Honorary Doctorates by City, University of London and the University of Wolverhampton. He was named as Britain’s most influential Black person in 2017 and was appointed a Commander of the Order of the British Empire (CBE) in the 2018 Birthday Honours for services to Technology and Philanthropy.