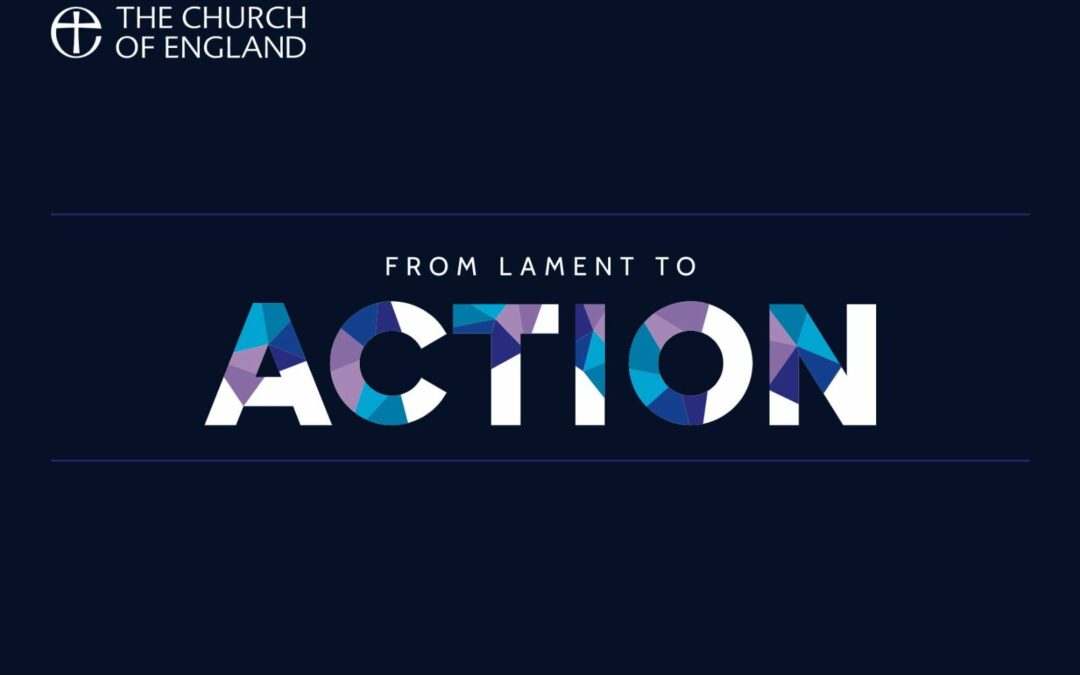 Racial injustice and lack of diversity are complex and well-documented issues that have plagued the Church of England over several decades. As a key religious institution within Britain and an expositor of anti-discrimination, it has become incumbent on its leadership to address ethnic disparities at the senior level and has thus produced a report entitled From Lament To Action: The Report of the Archbishops’ Anti-Racism Taskforce.

Given the centrality of equality and justice within the faith and teachings of the Church, it would be pertinent to enquire why such minimal progress has been made to tackle this issue. Of reverberative plangency is the fact that no less than 161 previous recommendations and 25 reports have already been made to resolve these disparities, but to no avail. Indeed, conversations within the Church surrounding racial injustice have lasted for over 40 years but have proved largely inconsequential, as there are currently only 5 UKME/GMH (United Kingdom Minority Ethnic/Global Majority Heritage) Bishops in the General Synod out of 111, clearly illustrating the profound lack of diversity within clerical leadership. This is compounded by 2019 ministry statistics which show that 93.7% of senior staff identified as white British (a minor 2.3% reduction since 2012).

As a result, the Church established an Archbishops’ Anti-Racism Taskforce in 2020 to investigate these issues, eventually leading to the creation of a Racial Justice Commission. This Taskforce identified 5 priority areas for immediate action: participation, education, training and mentoring, young people and structures and governance. Within each area are targeted remedies to be implemented at various stages over the next 5 years. These include co-opting 10 more UKME/GMH members to the General Synod, producing anti-racism online learning modules, developing programmes for school leaders that promote racial justice and incentivising the Strategic Investment Board to prefer bids from dioceses with large UKME/GMH populations. In conjunction, a number of internal audits, reports and quotas will occur to ensure diverse representation. Finally, the installation of a Racial Justice Directorate and other scrutinous internal bodies would be effective tools for accountability within the Church going forward, all with guaranteed diverse representation.

The Taskforce also recommended 7 workstreams for further exploration by the Commission: theology, slavery (including monuments), history and memory, culture and liturgy, complaints handling, participation and patronage. These reference many contemporaneous flashpoints of societal tension; notably the Church’s historic links to the transatlantic slave trade and associated monuments erected for its beneficiaries.

Notwithstanding the plethora of changes proposed, and clear direction of travel towards the Church becoming a more racially just denomination of Christianity, questions of efficacy arise. Will the recommendations be implemented as intended? Will they have the desired effect? And, most importantly, will those from ethnic minority communities view the Church as being more representative of their interests? The very longevity of previous inaction that so compelled the Taskforce to author the report is the same inhibitory force that could yet hamper progress in the future, and allusions to such are readily identifiable in the report. Indeed, given the decades-long delay in making these vital changes, the 5-year timeline for some of the initial recommendations might already be too long. Moreover, any changes to the makeup of the General Synod are fixed for the entire Quinquennium until 2026, meaning that continuous evolution of its makeup is stifled. In addition, timeframes within the 7 workstreams are also conspicuously absent.

In many ways the report itself could be seen as another example of the Church’s incorrigibility on the issue, as even the desired outcomes do not exonerate it as institutionally racist (a term that Archbishop John Welby has publicly ascribed to it.) If UKME/GMH membership in the General Synod increases as intended – by 5 in the Houses of Clergy and Laity respectively – it would only represent a 2% overall change amongst its 483 members, across all three houses.  Although measures have been proposed to increase access for those from UKME/GMH backgrounds (a minimum quota of 30% Senior Leadership Development Programme cohort), there is no guarantee this will translate into significant numerical changes at Synod level. Whilst acknowledging that the Church must ‘identify and remove obstacles’ to widen the candidate pool to UKME/GMH backgrounds, can the Church’s internal bureaucracy effectively eliminate them?

Other issues arise in the report with regards to areas such as complaints handling. There are currently ‘no formal disciplinary codes, charters, policies or procedures that exist for dealing with racist incidents’, outside general considerations, yet no framework of due process or sanctions is detailed to address this predicament. Indeed, the Taskforce defers responsibility to the Church of England as a whole to develop these procedures, using the nebulous criteria of ‘addressing issues appropriately’ and ‘without fear of retribution’.

Summarily, whilst many well-intentioned proposals are put forward, effectuating practical changes within the Church of England remains to be seen. Rebalancing the Church’s senior demographic makeup– which in its current state is ‘poorer and less equipped for its mission’ and ‘makes poorer decisions’ without insight from multiple backgrounds – will be challenging.

Image taken from the front cover of From Lament To Action: The Report of the Archbishops’ Anti-Racism Taskforce 2021.