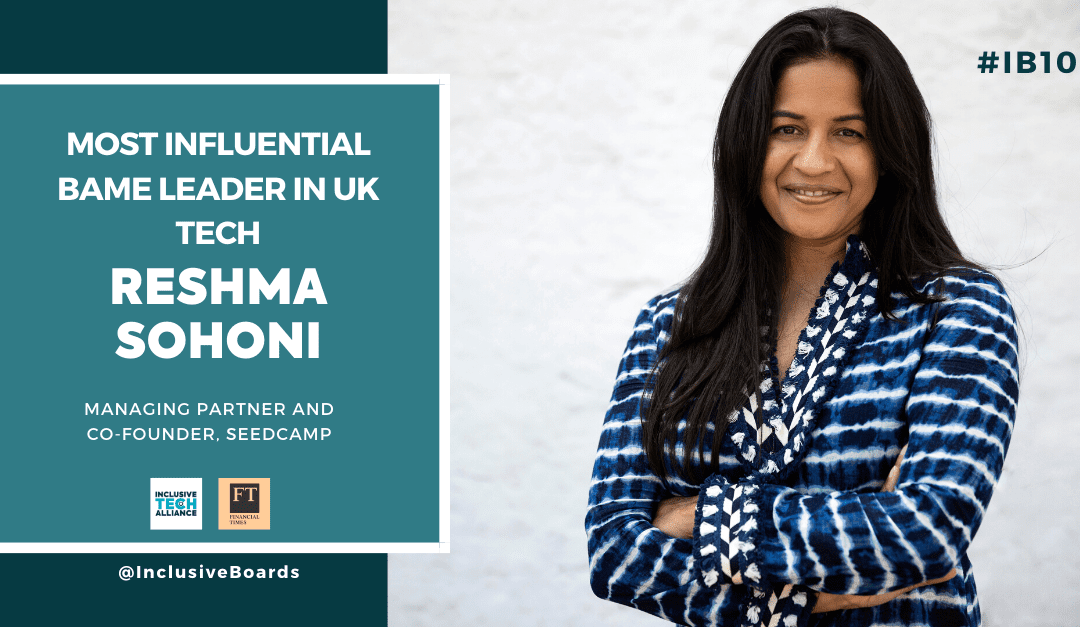 The co-founder of the European seed funding firm Seedcamp, Reshma Sohoni, has been named the most influential BAME leader in tech by executive search firm Inclusive Boards.

Reshma co-founded Seedcamp in 2007 and today the Seedcamp Nation includes more than 300 European companies that are competing on a global scale and solving real-world problems using technology. Reshma has been recognised as one of the most influential VC’s on the continent in both 2017 and 2018 and sits on the Digital Economy Council.
She tops #IB100 – a list of the top 100 most influential black, Asian and minority ethnic (BAME) leaders in tech. Those featured are predominantly UK based but is expanding across Europe in its second year. The list supports efforts of the Inclusive Tech Alliance (ITA), a membership body founded by Inclusive Boards, to improve diversity at leadership level within UK Tech.

Reshma said:
‘Role models are key in promoting diversity and inclusion, and I am glad to be one of them, showing people that it is possible to break through. To be a truly diverse and inclusive tech country we need a diverse group of people to start funding, we need more diverse capital coming to work and we need to end the double taxation for parents.’

Those featured in the list include the most influential leaders from tech companies including Accenture, Google, IBM, Larsen & Toubro Infotech, Microsoft, Monzo, Rolls-Royce, Twitter and Velocity.