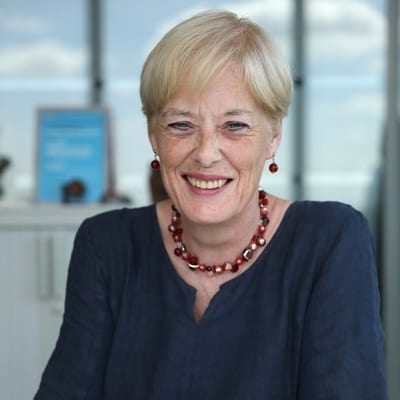 Anne McMeel is a non-executive Member of the Transport for London (TfL) and Crossrail Ltd (CRL) Boards and chairs the Audit and Assurance Committees for both bodies. She is also an independent member of the Ministry of Defence Police Committee.

Having joined the public sector, as a clerical officer at the Greater London Council (GLC) in 1973, Anne decided in 2012 when she was Director of Resources for the Metropolitan Police Service to take some time off for herself. She recommends it – the time to think and prioritise has been very beneficial – and she has thoroughly enjoyed devoting more time to her interests in cultural activities, travelling and having more time for friends and family. Since 2013, she has been using her skills in new environments including Keech Hospice Care, Kellogg, Brown and Root, the MoD, Arts Council England, TfL and CR.

Anne grew up in London and her career has been focused on London Government. Sponsored by the GLC, she became a member of the Chartered Institute of Public Finance and Accountancy in 1980 and continued to work at the GLC, primarily in housing finance including the transfer of housing stock to the London Boroughs, until abolition in 1985 when she moved to the Inner London Education Authority as an Assistant Director of Finance. In 1989 Anne moved to the London Borough of Enfield as Deputy Director of Finance, a risk on the Borough’s part given the abolition of her two previous employers. At Enfield, Anne had the corporate lead on responding to the Government’s Compulsory Competitive Tendering and Best Value Programmes and in 1998 Anne became the Strategic Director for Finance and Information at the London Borough of Sutton.

In 2001, Anne ‘came home’ to the newly created Greater London Authority (GLA) as its first Director of Finance and Performance and played a leading role in the development of this unique form of regional government and in ensuring the delivery of the delivery of the Mayor’s priorities and strategies including winning the bid for the London Olympics in 2012 and persuading the Government to devolve more powers. Anne was the Mayor’s statutory financial advisor on the GLA Group budget of £10.7bn (net £3.9bn) and precept.

Anne moved to the Metropolitan Police Service (the MET) as their Director of Resources in 2007 where she led a directorate of some 3,000 staff providing corporate, operational and commercial services supporting officers to keep London safe. Anne was the Service’s Environmental Champion and led the Service’s largest ever change programme to modernize and professionalise its support services, delivering some £250m savings over three years. Anne was a member of the Management Board and had a lead role in helping the Service manage its £3.6bn budget within an effective corporate governance framework, an interesting experience, when during her 58 months at the MET Anne had to deal with four Commissioners and 28 changes in a Management Board of ten, which is roughly a change every two months. This brought a whole new dimension to planning, delivering change and embedding good governance particularly if you throw into the mix a change in Mayor and Police Authority and then the abolition of the Authority and the creation of the Mayor’s Office of Policing and Crime. Well she never thought it was going to be dull.