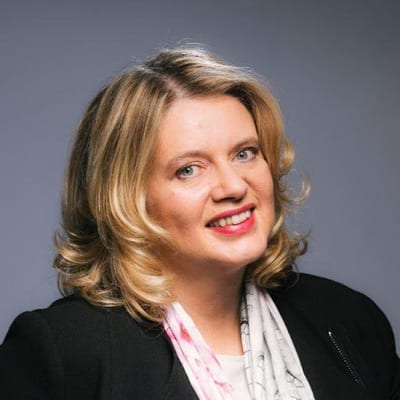 Katherine is a Senior Vice President of Airbus and has been with the company for 14 years. She leads the company’s external engagement and strategy in the UK and works closely with Global CEO, Guillaume Faury. Katherine has held roles in communications and spent several years based at Airbus HQ in Toulouse, France running the global public affairs function.

Katherine’s previous employment was with General Motors UK where she headed up their government affairs function and prior to that worked for Hill and Knowlton Public Relations in London.

Katherine was awarded the Order of Commander of the British Empire in January 2019 for services to the aerospace and aviation sector. This follows her Order of the British Empire award in June 2004 for services to industry and charity. She has served on various boards of public/private enterprises focused on economic development in UK regions including the West of England LEP and is Vice President, Aerospace on the Council of ADS (the UK aerospace trade association). She serves on the Board of the Aerospace Growth Partnership (part of the UK Government’s Industrial Strategy) and is Chair of the CBI International Trade Committee. In addition Katherine is on the Board of the French Chamber of Great Britain, UK Made Smarter Commission and Wales Government Science and Innovation Council.

Based out of London and Bristol, she has specific responsibility for Public Affairs for all parts of the Airbus company which employs 14,000 people in the UK.

In July 2018 she founded and co-chairs the UK’s Women in Aviation and Aerospace Charter which is committed to building a fair and balanced industry for women in this sector. She has also been instrumental in Women in Defence activity. She serves on the Board of the International Aviation Womens’ Association and is a Fellow of the Royal Aeronautical Society.

Katherine is active in her local community in Wiltshire, is a church organist, a member of the UK Parliament Choir and founder of the Airbus Filton Choir.