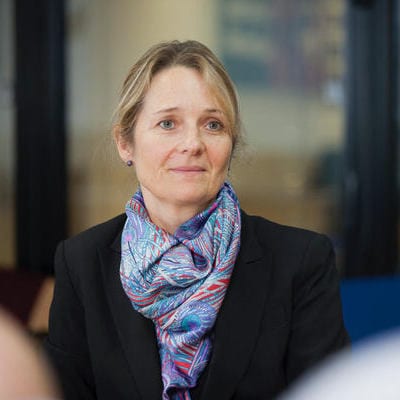 Co-Chair of the Institute for the Future of Work

An engineer and leader, Naomi has spent her career in the Broadcast and Communications industry including technology leadership roles at the BBC, ITV and Sony. Now Naomi focuses on the role that technology will play in the future and advocates for technology as a force for positive change.

Naomi is currently Co-Chair of the Institute for the Future of Work, Non-Executive Director at Focusrite Plc and Sony UK Technology Centre, and is the past President of the Institution of Engineering and Technology, Trustee and Vice President at the Royal Academy of Engineering and Chair of Council at the International Broadcasting Convention. Naomi also serves on the Cabinet Office Science and Technology Awards Committee and the 1851 Royal Commission’s Industry and Engineering Committee.

Awarded a CBE in the Queen’s Birthday Honours 2018 for Services to the Engineering Profession, Naomi promotes the importance of engineering and the need for diversity in engineering to secure the future for individuals, society and the planet. She has featured in several Most Influential Women in Engineering and IT lists. Naomi has been awarded honorary doctorates in engineering from Huddersfield, Southampton Solent, Bradford and University of Wolverhampton