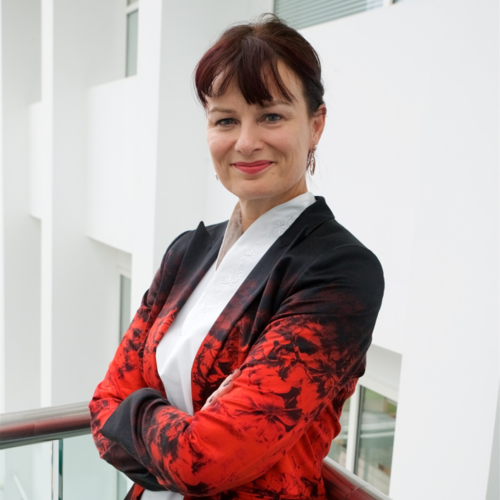 Learner, maker, innovator & 3D technology enthusiast, Kadine James is Hobs 3D’s Creative Tech Lead and is a prominent UK Tech Evangelist. Combining 7+ years’ experience in 3D Printing, Virtual Reality, Augmented Reality and Mixed Reality. She’s driven by big ideas, a global mind-set & empowering the use 3D printing in art and architecture. Kadine is – especially committed to the next generation #Immersive #Creatives #Makers #Designers #VR artists/gamers. She is collaborating with international galleries, leading contemporary VR artists / architects, and sets out to create a platform for 3D printing VR/AR/MR learning opportunities for young people to get involved with 3DTech in central London, at Hobs 3D’s hub and incubator for thought leadership in the wider 3D printing, makers VR/AR/MR immersive and gaming industry. A Maker, VR producer and Immersive curator, Kadine co-produced the largest VR Master Plan Project’s in the UK, she also curates 3D printing and VR projects for public realm along with working with leading contemporary artist’s, architects, creatives, designers, engineers and industrial designers. She specialises in immersive experiences for broad and diverse audiences and heads up Hobs 3D’s Digital Skills Academy which delivers career pathways in 3D printing VR/AR/MR and Gaming industry with The Mayor of London and London Legacy. Kadine sits on the Tech and Media Boards at Ravensbourne University and is the CEO and Founder of the Immersive Kind Collective, a platform which brings together artists and creatives that are using emerging technology in their practice. Kadine is UK Chair of Women in 3D Printing a global platform which inspires, encourages and supports Women working rapid prototyping technologies. Kadine is one of the first Industry Champions for the Creative Industries Policy & Evidence Centre network (led by Nesta), a UK-wide group using industry insight to inform academic research, leading to better policies for the creative industries. Kadine is listed as top 100 most influential women in UK Tech and is a Fellow of RSA (Royal Society for the encouragement of Arts, Manufactures and Commerce) whose mission is to enrich society through ideas and action.